THE STORY SO FAR

Our protagonist is Loth, an 8-year-old boy who wants to run away from home. He meets a mysterious girl, self-proclaimed to be “The Captain", who shares his same goal. Together, with the many kids in town who also wish to escape, they will form a crew. Why is that? Well, because the Captain has a secret: in the middle of the woods, crashed into the ground, she found a spaceship. Now, with each other’s’ help they will fix it and use it to not just run away from their homes, but -with your help- from the planet itself! Or at least, that’s what they want.

On their journey they might miss their mothers, their homes, or their pets… or perhaps they might realize that their troubles were not as big as they were making them out to be, definitely not enough to leave the planet. So, while some kids might stick for the trip, some might decide to go back home. The only thing that’s known for sure is that The Captain will leave.
​ 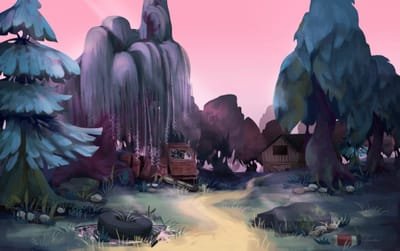