We are animators, artists, designers and writers who decided to join with a common goal.

In the beggining, the idea started as two different projects, a children's story and the development of an adventure game. At one point, the game lacked of narrative and the children's story evolved into something more complex, that needed something special to work.
Thus, in 2016, the gestation of the current project began, led by Daniel and Camila, along with others who collaborated on that initial idea.
After several years working on the idea and two failed applications to the CNCA (the Chilean Council for Arts and Culture), we decided to jump into development in 2018. We looked for a team, which is the current one, and we developed a proposal that, on its third attempt, won the 2019 Chilean Audiovisual Development Fund. 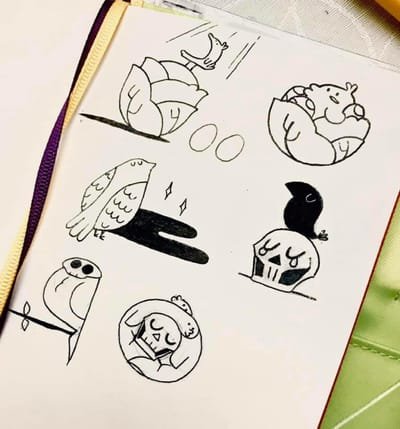